This infamous day of love is celebrated with chocolaty modern day traditions filled with confectioneries, flowers, and cards. The average amount spent on Valentine’s Day gifts is $68.98. However, your significant other is not the only one to receive a gift on this holiday of love. Many people give gifts to their friends, pets, teachers, and co-workers. The top gift purchased by consumers is jewelry, followed by an evening out, flowers, cards, candy, and clothing. Outside of all the flowers and red hearts, here are 20 facts about Valentines Day you never knew.

1. In 1868, the first chocolate box was introduced by Richard Cadbury.

2. An estimated 15% of American women send themselves flowers for Valentine’s Day.

3. More than $2.4 billion worth of jewelry is sold in February.

5. An estimated 1 billion Valentine’s Day cards are sent each year.

6. 3% of pet owners will give gifts to their pets.

8. 24.7 pounds per capita of candy is consumed by Americans.

12. Contrary to popular belief, it takes more muscles to smile than to frown.

13. Your lips and fingertips are the most sensitive parts of your body.

14. The song ”True Love” from Cole Porter has been rerecorded several times by famous artists such as Elvis, Elton John, Patsy Cline, and George Harrison.

15. The classic slogan, ”Be Mine” will be found on every Valentine’s Day card recipient with the top recipients being Teachers, followed by children, mothers, wives, and then sweethearts.

16. Nothing is known for sure about the Saint that gives this holiday its name other than the fact that he was buried North of Rome on February 14.

17. The oldest love poem discovered to date was written on a clay tablet by the Sumerians, dated around 3500 B.C.

18. The word ”Awesome” first appeared on Necco candy hearts in the 1990’s. Since then, new heart slogans are introduced every year that reflect current culture.

19. John Lennon’s, ”Real Love” was the last single from the Beatles that become a Top 40 US hit.

20. If you do not want to provide your Valentine with a real phone number, use the Rejection Hotline. More than 100 phone numbers can be given out instead, allowing the caller to hear a recorded rejection message.

20 Ways to Increase Your Energy 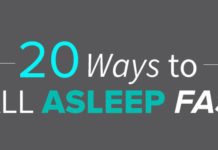 The Best Ways to Get a Good Nights Sleep 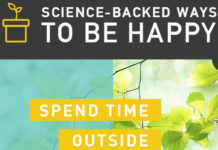 10 Proven Ways to Be Happy 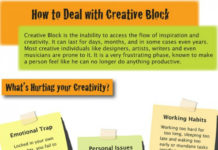 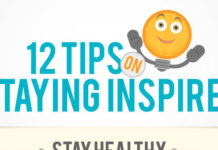 This site uses Akismet to reduce spam. Learn how your comment data is processed.

ABOUT ME
Our goal is to provide you with a variety of information, tutorials, and resources that will advance your creative business and target personal growth.
Contact me: [email protected]
FOLLOW US
© Copyright 2020 - iCraftopia