Martha Helen Stewart is a successful American businesswoman, writer, and television personality. Founder of Martha Stewart Living Omnimedia, much of her success has been achieved through bestselling books, publishing magazines, merchandising, broadcasting, and hosting two long running syndicated television shows ‘Martha’ and ‘Martha Stewart Living.’ With an estimated net worth of $638 million as of 2011, Stewart has much advice to share with aspiring entrepreneurs and small business owners.

I am always asking myself how I can improve the lives of my customers, my colleagues, my shareholders, my family, and my friends.

Stewart’s mother taught her how to cook and sew, later progressing to skills with canning and preservation. With a father that taught Stewart to garden, as a young girl she gained much of her beginning skill and expertise.

I like knowing about everything, and I think that really helps me in my business.

Stewart eventually purchased an 1805 farmhouse on Turkey Hill Road in Westport, Connecticut which later became the model for her Martha Stewart Living television studio. During its renovation, she was able to tap into her creative skills with restoration and decorating. This lead to Stewart starting a catering business in 1976.

I think it is very important that whatever you’re trying to make or sell, or teach has to be basically good. A bad product and you know what? You won’t be here in ten years.

Surrounding herself with many talents throughout her career, she evolved into her own storefront, published her first book, and was shortly thereafter guest appearing on television programs such as ‘The Oprah Winfrey Show’ and ‘Larry King Live.’

I try to seek out and surround myself with people who just percolate fresh, original, and creative ideas.

By the 1990’s, Stewart had her own show, ‘Martha Stewart Living’ which ran from 1993 to 2005. Serving as Editor in Chief of her new magazine with Time Publishing Ventures, her circulation rate peaked at 2 million copies per issue. Her weekly half hour program would quickly expand to a full hour during prime time. By 1995, Stewart was declared ‘the definitive American woman of our time.’

If you learn something new everyday, you can teach something everyday.

By 1997, Stewart had paired with a business partner to create Martha Stewart Living Omnimedia. Serving as the chairman, President, and CEO at the time, she organized all of the brands assets under a single roof. By 1999, their company went public on the New York Stock Exchange.

I’m a maniacal perfectionist. And if I weren’t, I wouldn’t have this company.

By 2001, Stewart fell under scrutiny of selling more than 3.928 shares of her ImClone Systems stock a day before the value fell more than 16%. Accused of insider trader, she later resigned her position held on the board of Directors of the New York Stock Exchange and was later indicted on nine counts of securities fraud and obstruction of justice.

Stewart was found guilty in March 2004 of felony charges of conspiracy, obstruction, and making false statements. She served a five month term sentence and two year period of supervised release. Charged with a $30,000 fine, many believed the end of Stewart’s success was reached.

Never make a big decision without sleeping on it.

Upon Stewart’s release, a highly publicized comeback occurred. With new lines hitting stores, Stewart was found on show appearance after show appearance. Her promotional campaign, did not stop there. She released a new book in 2005 titled, ‘The Martha Rules’ for those looking to start and manage a new business. A month later she released her Baking and Homekeeping Handbooks.

Once you realize that you have identified a passion, invest in yourself.

Contributing t her new show, she focused on topics of cooking, gardening, and craft segments nominating her in more than six categories for 33 Daytime Emmy Awards. Other projects included working with KB Home to build homes inspired by her own homes in Maine and New York as well as a paper based craft line with EK Success and an upscaled line of homewares for Macy’s.

So the pie isn’t perfect? Cut it into wedges, stay in control, and never panic.

Stewart is found to be one of the most versatile and adaptable successful female entrepreneurs in the craft and home industry. From her own garden to yours, Stewart has undeniable conquered any barriers that have been placed in her way.

This is what truly interests us, why we all come to work every day… our passion is and always will be to make life better.

The words of Stewart reminisce the struggles and success of a woman whom has grown her brand and business from her small farmhouse to the 35,000 square foot home on Mount Desert Island in Seal Harbor, Maine.

Without an open-minded mind, you can never be a great success. 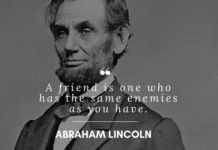 31 Quotes About Someone Special 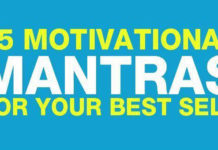 25 Quotes That Will Motivate You Now 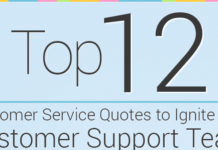 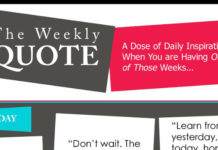 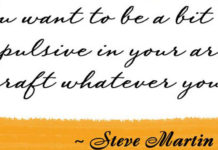 Steve Martin – Quote of the Day

This site uses Akismet to reduce spam. Learn how your comment data is processed.

ABOUT ME
Our goal is to provide you with a variety of information, tutorials, and resources that will advance your creative business and target personal growth.
Contact me: [email protected]
FOLLOW US
© Copyright 2020 - iCraftopia